Minimum meeting length is an antipattern

I was in a meeting today that lasted 17 minutes. I know it was exactly 17 minutes because it was such a rare occurence that it surprised me. The meeting was scheduled for 30 minutes (because calendar software) but after the agenda was covered and next steps were clear, we just… ended it.1

Parkinson’s law tells us that “work expands so as to fill the time available for its completion.” This certainly rings true with my own calendar. Most meetings scheduled for half hour take half an hour or longer.

What if calendar software didn’t require us to define meeting durations or end times? What if the only expectations attendees had were start times and agendas? 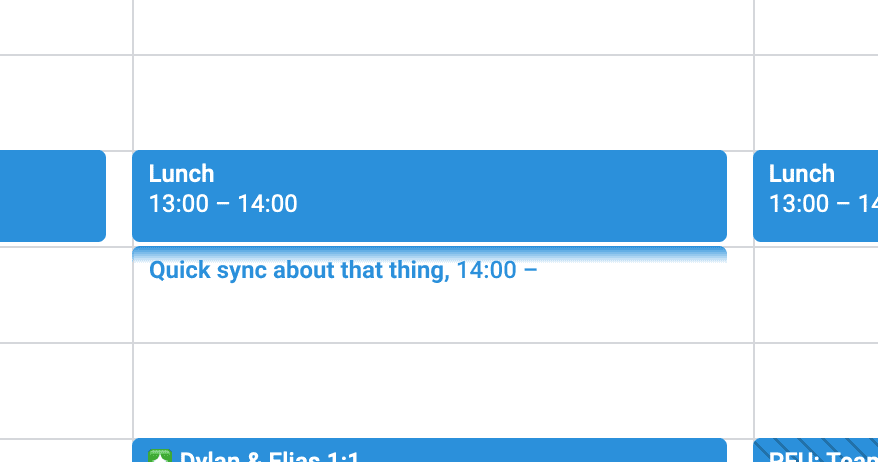 My hypothesis is that by removing meeting end times and thus minimum lengths, most meetings would end sooner than they otherwise would have been scheduled to.

My quick design above leaves at least a few unanswered questions.2 If I was in the design crit where this was presented, I’d be asking:

Nothing in product is ever as simple as it seems.3 Still, considering the amount of minutes that could be saved every day across every company using calendar software, this feels like a worthy problem to consider solving. The solution could have significant impact on productivity and, following that line, perhaps even even GDP.

If you liked this, I have more thoughts on improving meetings.

Newer They grow up so fast Older Three days in March