Leaving a remote job feels so anticlimactic. On Thursday afternoon, I ordered my work laptop to wipe itself and then didn’t really know what to do. I sort of paced around the flat for a while, messaging now ex-coworkers1 on our alumni Slack workspace, before fading into my usual evening routine of walking the dog and cooking dinner.

I once read someone’s take that the way people remember you professionally is determined 50% by the time you worked there and 50% by how you leave. I think it’s probably more like 75/25 but I like the premise and took it to heart during my notice period over the past few weeks. I did my best to prompt everyone for questions, answer them all, and leave thorough handover notes. I even hosted a tutorial workshop for the entire product engineering team to create a design system component with ViewComponent.

I’ve kept thinking the past few weeks about the git blame legacy I’d leave behind. Will some new hire be in there in 2024 wondering what the fuck Dylan Smith was thinking when he did it like that? I hope not, but that’s what The Prime Directive is for I guess. It’s a good thing I’ve coded with this in mind from day 1; the last however many days is far too few to late to do much about it.

The anticlimax of ending one job sat alone in my home office2 was offset some by receiving a laptop and calendar invitations for my new job. One of those calendar invitations caused a bit of a panic, though. I have to get on Zoom and hold my passport to prove that I am who I say I am… but I haven’t seen my passport since I last travelled abroad in November 2019. I’m convinced it’s in my flat someplace and that I’ll eventually find it in a pocket or bag or in the bottom of a drawer, though I’ve spent hours searching with no luck. A last-minute passport replacement was my only option.

Luckily I was able to nab an appointment just two hours from the time I checked the booking site on Monday afternoon. I rushed to the Post Office for an application form, filled it out back at home, and realised I needed a guarantor. Knocked on my neighbour’s door as he was leaving and he was nice enough to give me his passport so I could fill in the necessary details. I had two passport photos sitting in a drawer so I grabbed those and rushed off toward Victoria on the tube. I made it with minutes to spare.

When I handed the employee at the desk my photos she told me immediately they were too large. Canadian size, I realised, from renewing that passport a couple of years ago. My heart sunk but immediately jumped back up when she said there were photo booths down the hall I could use and then hurry back to her desk. Let’s just say I was not planning on having my photo taken that day, and definitely not for a document I’ll be showing border guards any time I want them to let me into their countries for the next decade. I’d been growing a “playoff beard” during my notice period and also not slept the previous few nights… 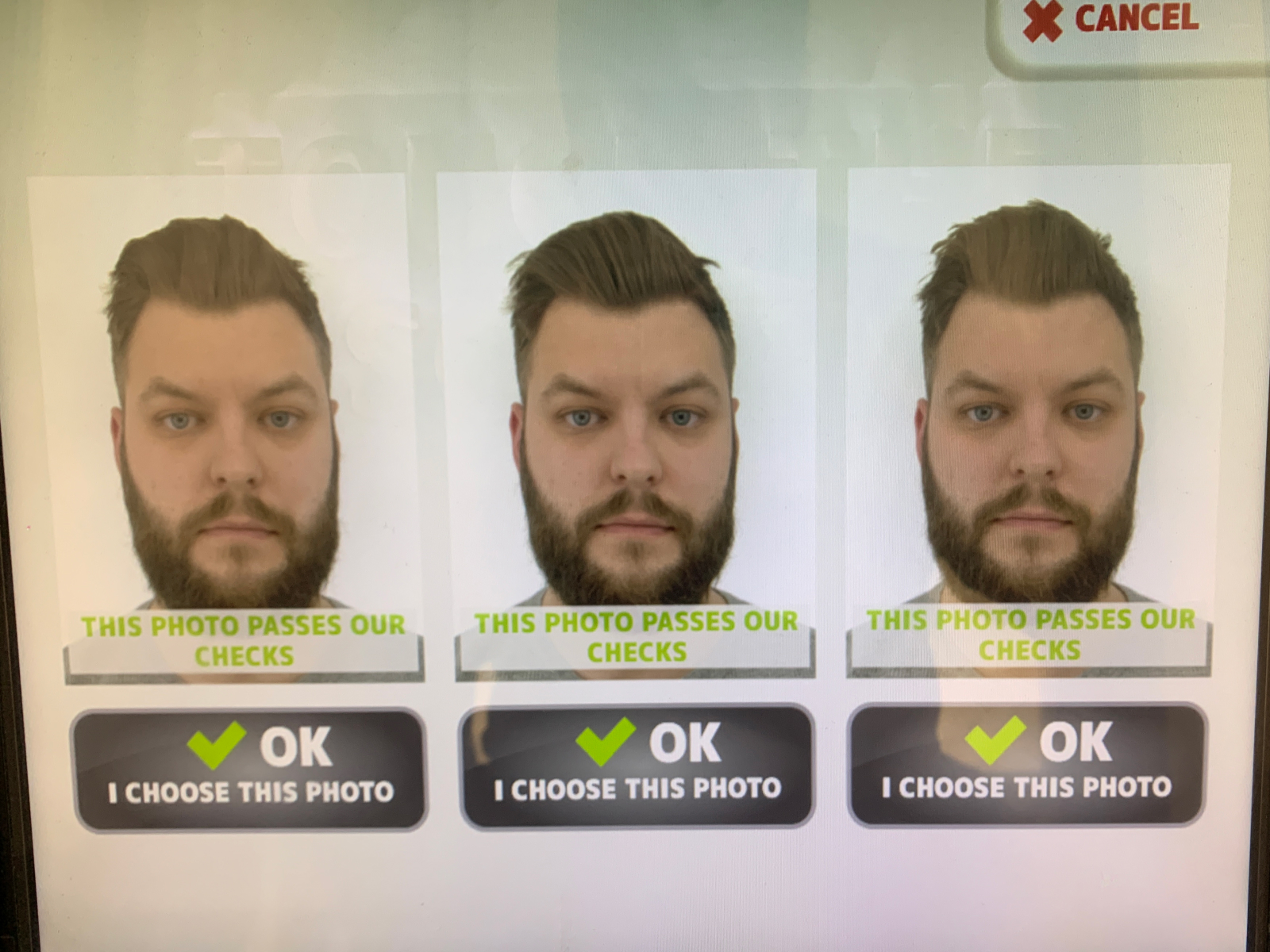 The passport was delivered on Saturday. I start my new job on Tuesday as planned.