Amy Hupe’s tweet about weeknotes caught my eye on Monday.1 It reminded me of the three sporadic weeknotes I published sporadically in 2019; that I quite enjoyed writing those; and that it was a nice way to unwind on Sundays while working my publishing muscle without worrying too much about subject matter or perfectly crafted essays. So here we are again.

We got our first HelloFresh delivery this week. We’ve been in a bit of a rut dinner-wise, cycling through the same 6–8 meals. I wasn’t sure what to expect in terms of quality. I was especially worried the food would taste bland, as many British recipes I’ve cooked have, but we were pleased with everything. I’ve also found a bit of relaxation in the act of cooking, the same as I get from focussing on brewing coffee or handwashing dishes. (That’s probably just the break from screens.)

Another delivery was my new Oura ring, a Christmas gift. Its sensors monitor vital signs and provide health insights through a companion app. I’ve gone back and forth for a few years about getting an Apple Watch for some of its fitness features like activity goals and heart rate monitoring but I’ve been put off by having a notification vector even more attached to my body than my phone. The ring is a nice alternative and I like the stats and reminders so far. I never would have fancied myself a ring-wearer, though, and it’s quite large so it’s taking some time to get used to (read: embrace a ring as part of my personal style). I might copy someone online who gave their shiny ring a dulled, brushed finish with some light filing. 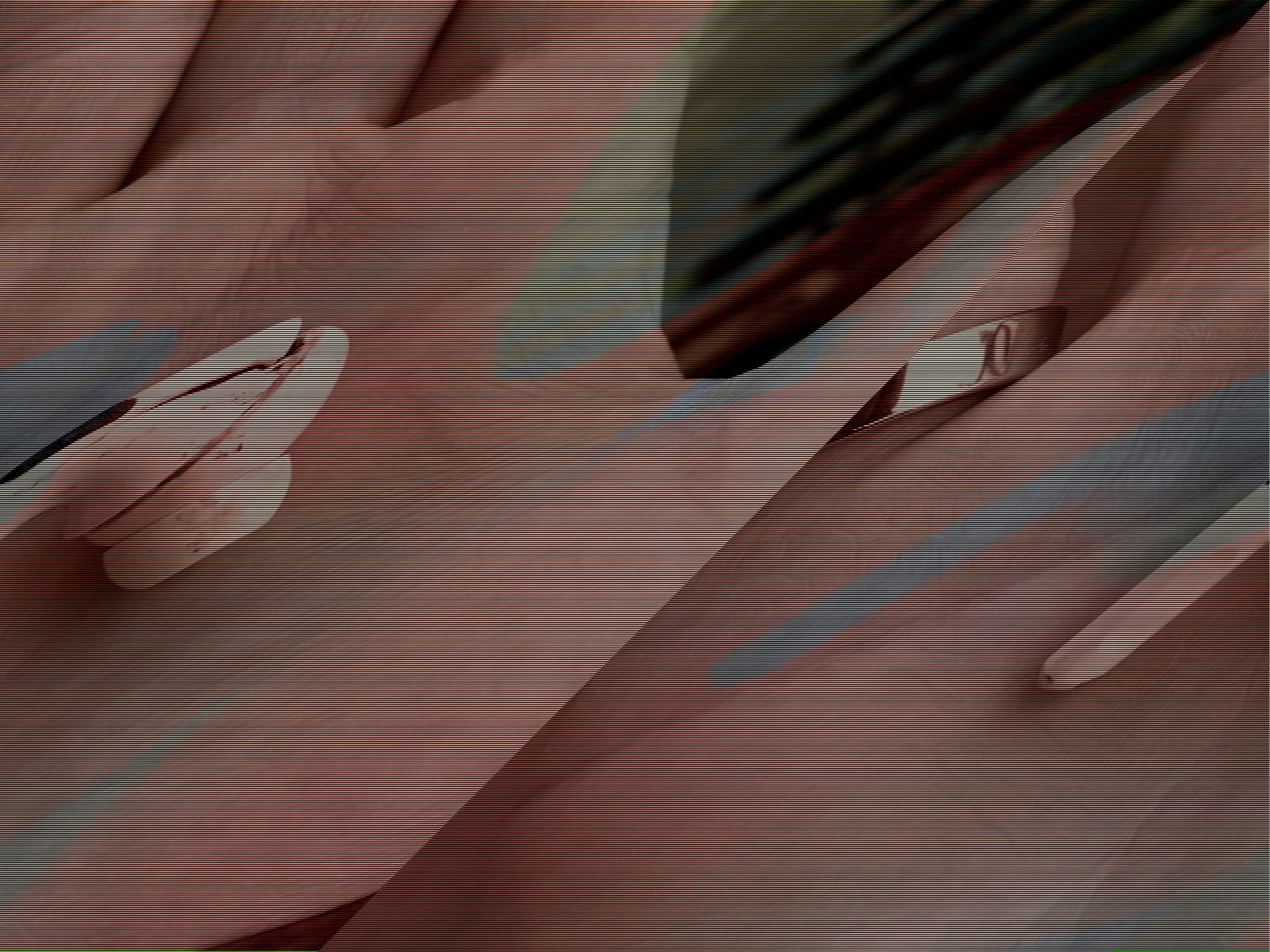 I was going to include something about how I was listening to a podcast2 while cycling to the barbershop and my AirPod fell out of my ear on Hackney Road and got run over by a car before I could pick it up. There’s really not much more to the story though. The aftermath photo got all corrupted and glitched out when I transferred it from my phone.

In other bad luck news, I threw my dog’s flying disc into a tree on Tuesday. Honestly, I’m surprised it took this long. The woman walking away in the bottom right corner of the photo laughed out loud when she saw it happen. I think that’s why I was so determined to get it down. After a few tries, I managed to sling Louis’s lead through the middle while jumping, then pull it off the branch. The woman was long gone. 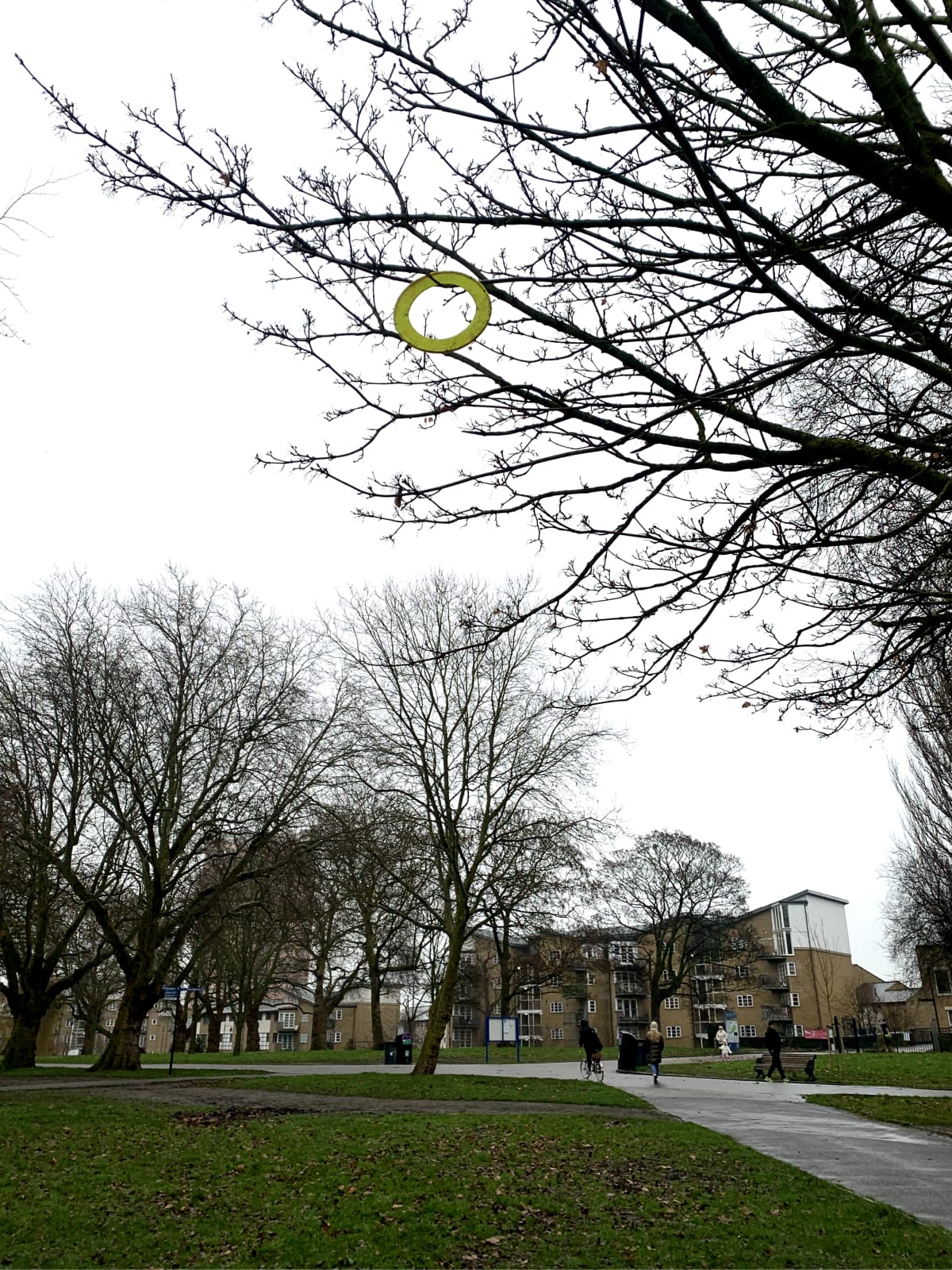 I found this 1h42m on Disney’s FastPass system super interesting. It’s a massive deep dive on queue theory as it relates to Disney’s theme parks, which I’m now even more sure I never want to visit. Heads up that I had to watch the video in three sessions because it’s so dense.

The Chat Pile song “Crawlspace” popped up on my Spotify recommendations this week and caught my ear for its lyrics and vocal delivery. The song is written from the perspective of an Oklahoma City police officer painting a picture of his life: “I’m in the garage working on my abs. Swanson in the microwave. Single dad.” The last third… gets dark. Turns out all their lyrics are like this, often inspired by real people and events. Reminds me of a macabre Pissed Jeans.3